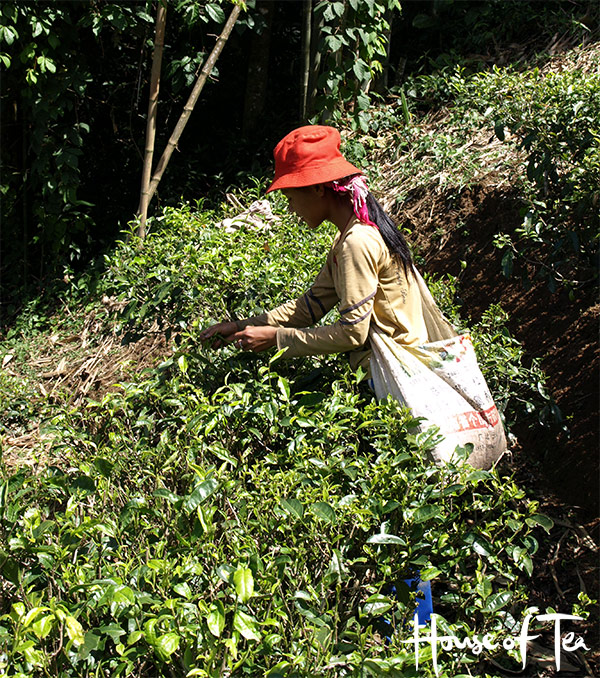 Briefly, green tea is a tea from the tea plant. It has been heated for oxidation to stop and by this the green color on the tea leaves remain. Green tea is nothing new, green tea has been drunk in China for a long time, it is however still a bit unusual for many in Europe.

In order to clarify the big difference between green tea and other teas, green tea is a tea that is not oxidized. The tea is heated as soon as possible after the tea leaves are harvested and thereby the oxidation is stopped and the leaves retain their green color. Oxidation is also called fermentation when talking about tea. It is this fact that makes many spreads a false picture that tea undergoes a fermentation process, in particular many major tea suppliers and tea shops. Tea does not undergo fermentation, the tea is oxidized, thus exposed to air.

THE DIFFERENCE BETWEEN GREEN TEAS

There are big differences in taste between green teas, and just like with a wine it is not just about squishing a grape and you have a good wine. The raw materials come into play, what kind of a tea tree, cultivar is being used. It’s about how old tea bushes were used, it’s about what tea leaves were used to make the tea of and when these were picked, and it is a manufacturing process where you have to control each step very carefully to get the right type of end product. The making of tea is a craft and all parts of the process leaves its mark on the taste and price.

No machine can replace a good tea picker that exactly know which tea leaves to pick, and therefore teas from hand-picked tea leaves are better than machine-picked. As a rule one bud and two subsequent leaves are picked. If it rains when the tea is picked, the tea leaves have high moisture content and therefore tea should not be picked when it rains. Roasting is still performed manually in many regions of China, and it is important not to over roast the tea to get the right balance of flavor. There are a lot of aspects that sets the price of a good craft, and just like with a wine this is evident in the taste.

Teas are finally graded according to the craftsmanship performed, and a tea with a higher grade often has a more well balanced taste, while a tea of a lower grade can have a more pronounced taste. As grades differ between different manufacturers, grading is no sure way to judge a tea. The price is based on the grading, taste, from which region, what cultivars were used for the tea, and in some cases if the tea is authentic from a region or from another region than the tea normally is produced.

Ecological is not just a way of working, it is a costly process. Many smaller tea growers grow their teas in an ecological way, especially as chemistry is noticeable in the taste of the final product. In many cases tea production has been done the same way for thousands of years, and it follows a traditional pattern. If you have no problem getting rid of high quality tea then you will not find any reason to certify the tea production. On the other hand, many big producers have realized that their low-quality tea will sell better with organic certification and as the cost is smaller for a large production, more large-scale producers start organic productions.                         A large part of the price of the organic tea is administrative costs. An organic certification means that the tea is cultivated in the manner permitted under organic production, it does not mean that the tea has higher quality. The range of organic teas is increasing and hopefully the cost of organic certification will decrease and the prices of organic decline.

In general, it is in China and Japan the large production of green tea takes place. China is the origin of the tea culture and both Japan and Korea have brought tea bushes from China and embraced the tea culture around the year 800. Since, the tea culture in these countries evolved in different directions. Japan has created its own complex tea culture with traditional and ceremonial elements. In Korea the tea culture was evolved, but choked to reappear in modern times. In China, the focus is on tea and traditions with fewer elements of the ceremonial kind. Tea is a part of China and its culture. The differences between green teas in China are greater than the differences between Japanese teas. Comparing Chinese green tea and Japanese green tea is like comparing apples and pears. Also Korea has developed its own form of very high quality teas that are unique. There are more countries producing green tea, with production in India, Indonesia, Malaysia and more, but this production is small and often of low quality.

Tea is one of the most drunk beverages in the world. Tea has its origins in the traditional Chinese medicine and many of the effects that China claims to have has been researched. A large amount of research and studies have been conducted on green tea on different types of effects and the studies in its pure form can be found on the Internet. What research says, we are prevented from reporting in accordance with EU legislation on health claims. For example to claim that tea has antioxidants is a so-called general health claim and is prohibited by the EU. Tea is one of the most proven beverages that exist with a use that goes back thousands of years in human history.

Green tea should opposed to darker tea be prepared at a temperature of between 50 - 80 degrees Celsius depending on kind of tea and wished for taste. If green tea is prepared at a higher temperature the tea content is dissolved faster with majority of caffeine and catechins that gives the tea bitterness. 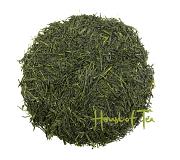