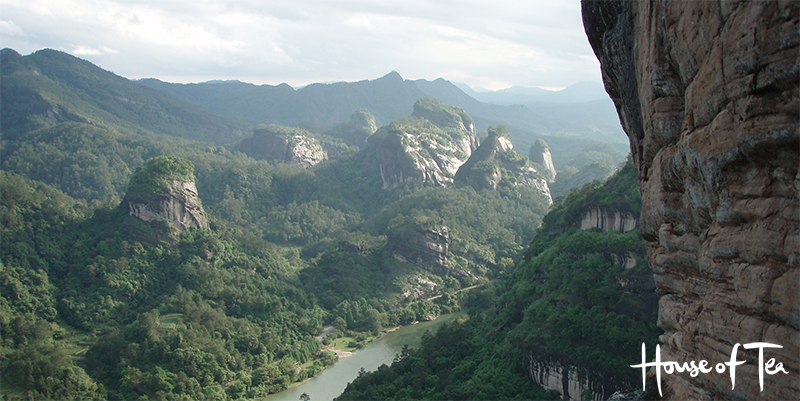 Wu Yi is located in the Fujian province of China, today famous for its tea production. It was in Wu Yi Shan it is considered to have begun, the production of oolong tea and of black tea. Like elsewhere hundreds of years back in this area pressed tea cakes were produced. This was how tea looked like in this era before the use of loose tea. The tea was like Pu-erh cakes that still are produced in Yunnan province in China.

The tea cakes were produced in Wu Yi Shan from Tang Dynasty (year 618 - 907) until Song Dynasty (year 960 to 1279). Tea cakes from Wu Yi Shan were considered of high quality and the tea from the area was so called tribute tea, tea delivered to the emperor.

All this changed during the Ming dynasty when Emperor Zhu Yuan Zhang, ruler of the Ming dynasty, banned the manufacture of tea cakes. This was a measure against corruption. During this time tea was a means of payment.

Equipment for manufacture of tea cakes was seized and tea production decreased in the area. Production over the past hundred years was very frugal and only the monks in the monasteries around Wu Yi kept the production alive.

Preparations to switch to loose tea took place in many places around in China. It was during this time a new method of manufacturing tea was invented. This was the beginning of oolong tea, and the method was the special roasting over coal still made today in Wu Yi Shan.

It was during the beginning of the Qing dynasty, it is believed that oolong tea began to be manufactured. The first text to mention oolong tea is a song written by a monk in Wu Yi Shan. This is the first time that Yan Cha occurs in text. Yan Cha means rock tea and the name is still used today.

Oolong tea bushes and methods for oolong tea production have since sprinkled to other regions that today produce oolong tea, such as Anxi and Taiwan.

There is produced a variety of very famous teas in the Wu Yi Shan mountain area. 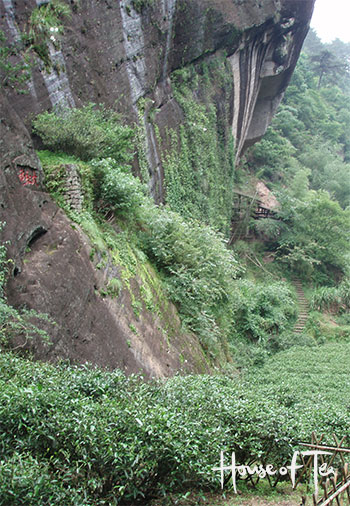 One of China’s most famous teas. Only 6 tea bushes remain of the original plants. The tea currently sold as Da Hong Pao are clones of the plants of different generations. 800 tea bush varieties, cultivars, exist today. The price depends on generation and other parameters.The original plants grow on a rock at relatively low altitude above what is called the "nine bend cave". Tea from these bushes is reserved to the President of China and a small part goes out to auction where 20 grams go for tens of thousands of dollars.

On the picture to the left you will see the original tea bushes of Da Hong Pao at the top of the clif on the left side. Next to the red Chinese characters.

Traditionally, this tea is roasted for a long time of up to about 24 hours.

A special cultivar with large tea leaves. Four tea leaves are picked instead of three.

The name is translated to "water-elf". This tea is also roasted for a long time, and many low-quality varieties are on the market with many Shui Hsien teas that are not from the Wu Yi area, but from the rest of Fujian province.

Even the black tea (Red according to Chinese) is considered to have started to manufacture in Wu Yi Shan and a special production method is used for the manufacture of the tea. The most smoky teas that most people know as Lapsang Souchong are low-quality copies where smoke flavor is added. Original tea attracts smoke from fires of pine trees.

The tea leaves are then rolled for the second time. Liquid is squeezed out of the tea leaves remaining on the surface and will attract the flavor of smoke from the last process Xun Bei, which consists of drying the tea above smaller fires of pine trees.

Another famous tea from Wu Yi. The tea is traditionally roasted for about 24 hours and has a deep roasted aroma and taste of chocolate.

The name is said to be derived from a powerful warrior with golden bronz leather. Hence the name translated as "iron warrior monk". A more correct translation is likely to be related to one of Buddha’s companions.

An aromatic and popular Wu Yi tea. Normally this tea is roasted for several hours, but it may vary. The tea has a very aromatic taste. 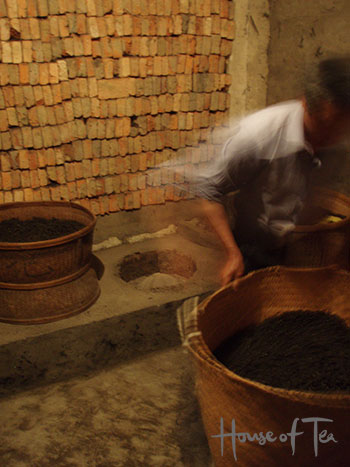 Bai Ji Guan is one of the famous cultivars from Wu Yi. A unique tea, the tea distinguishes itself from other Wu Yi teas with a greener appearance and a lighter taste profile.

Tea picking should only be done under the right weather conditions, it should not rain, it must not be too strong sun and no dew may occur.

The tea is harvested from late April to mid-May, which is later than for other teas. There are also fewer tips for this reason. The purpose is to pick the aromatic older tea leaves.

1) First, the tea is left to whilt, dry in the sun to reduce the moisture.

2) Then the tea is placed in large baskets and the leaves are allowed to oxidize.

3) Then the tea leaves are fried.

4) The leaves are rolled.

5) Roasting, the tea is roasted in large baskets at different times.

The frying gives the tea an blue color, and the tone of red color comes from the baking. All the moments of production are very accurate and play a major part in the taste of the finished product.

Stems are removed from the tea.

Traditionally the tea is roasted for 24 hours, and the finished product becomes strong in taste and is not used to drink until at least three months after manufacture.

Wu Yi tea holds to be stored if it has been roasted in a traditional way, ie roasted for several hours. The longer the tea is roasted, the longer you can store the tea. The tea is considered to be to strong for consumption at first, three months after roasting it and not until later in the summer it is sold. As the tea ages, the strong roasted taste will tone down in balance.

Oolong teas can be stored as well as Pu-erh teas and it is considered to give the tea medical properties. To make the tea more storable the teas are re-roasted every third year by the producer. Many thinks that a Wu Yi tea is better after a year of storage.

Traces of human settlement have been around since 4,000 years ago in Wu Yi Shan, and the mountain area has played a major role in China’s TAO teachings and for China’s Buddhism. Wu Yi Shan is associated with the birth of Neoconfucianism.

Wu Yi is a very beautiful mountain area and a popular tourist destination for Chinese turists. 1982 the site was taken up in China’s list of scenic spots. In 1999, Wu Yi Shan was taken up in UNESCO’s World Heritage List, UNESCO World Cultural and Natural Heritage.

Wu Yi Shan has a unique flora and fauna with over 4000 species of plants and over 5000 species of animals. This, along with its unique story, makes Wu Yi Shan well worth a spot on the list.

Tea pickers that previously lived in the mountains moved in 1989 to housing outside the park area in Wu Yi. Nobody lives in the park itself, but the tea growers are allowed into the park to take care of their tea plantations. Tea bushes grows along beautiful scenery in the entire Wu Yi Shan mountain range and can be seen along all the small trails in the park. Only certain paths are allowed for visitors, and it is conserved to preserve the area.

Wu Yi Shan has subtropical climate, a humidity of 80% and 2000 mm rain per year. The climate is very well suited for tea plantations. Wu Yi Shan consists of volcanic and plutonic stones. The soil is very mineral rich and, together with the light composition, produces a tea with a high content of amino acids and katechin.

For many years, Wu Yi tea has been marketed as a diet tea with a miracle effect. Those who market Wu Yi tea as a dietary usually sell low-quality tea that with a little luck comes from the Wu Yi area, but most likely, the tea is from other regions.

Wu Yi tea is not a miracle for dieting, but there is research pointing out that tea has a fat oxidizing effect.

Research suggests that you burn about 70 calories by drinking a cup of tea with a high EGCG content. If you want to know more about the research done on tea and fat oxidation, we’ve collected a couple of links you can follow below.

USDA reseach about tea and fat 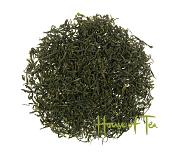